Onyeka’s book  Blackamoores: Africans in Tudor England, their Presence, Status, and Origins is a groundbreaking publication that challenges the deep held beliefs of what it is to be English. As the author states himself “Do we imagine English history as a book with white pages and no black letters in?” Onyeka has examined 250,000 documents during 10 years of research. This is the first time that a major historical publication has focused on the status and origins of Africans in Tudor England.

When we think of Tudor England we do not automatically think of Africans being present. Instead we limit such an African presence to modern times, implying that cultural diversity is a relatively new concept in Britain. However, Onyeka in this book emphasises that Africans were present across Tudor England: in cities and towns such as London, Plymouth, Bristol and Northampton. Significantly, these Africans were not solely enslaved peoples occupying the lowest portions of society. The few modern historians who have written about Africans in Tudor England suggest that they were all slaves, or transient immigrants who were considered as dangerous strangers and the epitome of otherness.

Onyeka references a variety of documents: both manuscript and printed, some of which have been found by him for the first time, whilst other evidence has been neglected or forgotten - until now. This book is long overdue. Blackamoores: Africans in Tudor England is changing the way we look at the Tudor period, and challenging our perception on it, as well as our perception of this country. 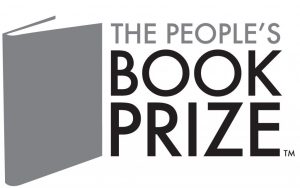 Read it? Review it

Is Othello a Racist Play?