Hair I Stand by Valerie Tomlin

Hair I Stand, is a long overdue exploration of Afro hair and its significance, not only in terms of beauty and identity, but also the political and spiritual importance of Afro hair throughout history and in modernity.

Hair I Stand will be launched with a range of talks and workshops with guest speakers to explore beauty and identity. 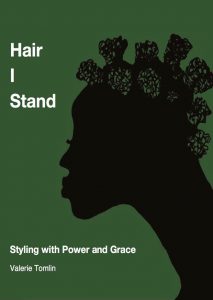 Hair I Stand by Valerie Tomlin 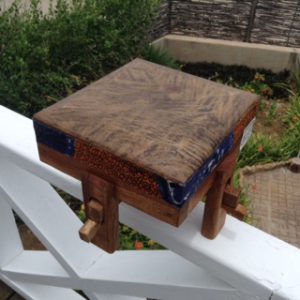 Valerie travelled to Jamaica in  June 2016 to further her research and also attend the Calabash International Literary Festival.

We had the honour of visiting a thriving independent Accompong Village established in 1739 -one of four Maroon communities in Jamaica. It is described as 'a nation within a nation' nestled in the Trelawney hill side. The population consists of proud Maroon descendants, whose ancestors had courageously escaped their enslavers and fought to establish their own independent settlements - as did other Maroons across the Caribbean and South America.

Observing the lush, impenetrable rain forest of Cockpit Country and speaking with our informative guide Tyrone, we immediately understood why escaping to this ideal location made perfect sense. The Maroons mixed with the indigenous Taínos which explains their thick, strong hair.

From this vantage point in the hills, Maroon fighters established a fortified stronghold and successfully used guerrilla tactics to initially defeat the Spanish, and later the British who were forced to raise the white flag. Using their Abeng horn, and their formerly banned African drums, they could 'talk' to each other across the hills. Fleeing the nightmare life on the plantations gave the Maroons the freedom to use their drums in ceremonies and on festive occasions.

Once the Maroons defeated the British and signed a peace treaty they were free to recreate their tribal groups to speak freely in their own traditional languages, practice their religions, use their herbal remedies and play their beloved drums.

Inspired by this story, the moment my friend saw a miniature version, of the Maroon's uniquely square, gum bay drum, made of cedar and goatskin, he had an irresistible urge to own one.

The drum continues to be symbolic of the strong African heritage of the Maroons.

I must confess that, when I initially saw the words ‘black bottom’ on the London Underground poster, I felt a mild discomfort. In the pit of my stomach I had conjured up stereotypical images associated with the African body shape: the dehumanising story of Sarah Baartman who was disparagingly called the 'Hottentot Venus. Exhibited by her British owners as an ‘exotic’ beauty, and wearing only beads and feathers hung around her waist, Sarah was describe as having gyrating buttocks. She was paraded naked in a cage as an 18th century ‘freak of nature’.